As the doctor prescribes: Only 12 days until Christmas... EAT ALL THE CHRISTMAS COOKIES!

Note: Regimen and Tonic? Yep, that is going to be the name of my monthly blog, ranging from Bleach to anime to anything I happen to find interesting and think you might find interesting as well. These won’t involve BFF site related stuff or reviews, since we already seem to have an abundance of those. Anyway, enjoy. And about the title? I have no idea. I find old Coca-Cola ads amusing, to say the least… 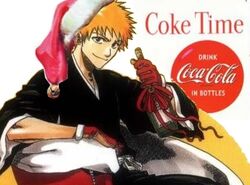 Tis’ the season! (to watch anime)

As I just finished stringing the lights on the tree, I thought it would be fitting to do a Christmas blog. Specifically, a Christmas blog about anime, since we all love anime; (otherwise, well… you might be on the wrong wiki?) and because we all love Christmas. (Well, I do. Let’s avoid that particularly Grinchy debate, shall we? Boy, for a first blog, I sure am getting off to a rather choppy start… Ahem.)

To me, winter is the season of anime, as I have more spare time and have more incentive to stay indoors, considering snow storms and abominable snowmen and the like. Particularly, Christmas break is perfect for watching a mini series or two.

Now granted, there aren’t a whole lot of Christmas anime out there (aside from the odd special or two) but interpretively speaking “it’s looking a lot like it, everywhere you go.”

Which brings me to the purpose of this blog: What anime say “Christmas” to you?

It could be a winter setting. It could be the music. Whatever it is, something about the series makes you feel festive. Let's get started then.

(I’ll keep this as simple as possible for everyone)

1. It has to be twenty (approximate) episodes or less. It can be the first arc of a series or an arc in a longer series, but if so it needs to “stand on its own.” But come on guys, mini series. We’re supposed to be able to finish them over Christmas, after all.
2. You need to state why the series makes you think of Christmas, and why others might possibly feel the same way.

Other than that, it’s up to you. I’ll give you a guideline to help you get started, but feel free to change things up.

Now then, to take my own medicine: 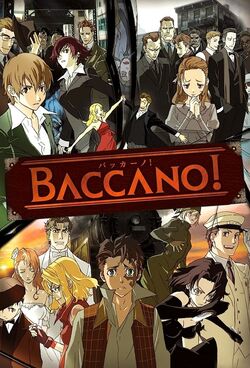 Summary: “Baccano” is an Italian word meaning “racket” or “commotion.” Obviously with a title like that you’re going to expect two things: Italians and rackets. In other words (you guessed it) the Mafia. Why that has to do with Christmas? Let me get there…

Baccano is set in a “fictional” United States during the Prohibition era, so sometime in the 1930’s. It’s got Mafia (obviously), mobsters, thieves, thugs, and immortal alchemists (yep, alchemists, immortal ones). It’s also told out-of-sequence and focuses on several different characters (there isn’t really a “protagonist,” per-say) so it’s a bit of a brain-teaser. When an immortality elixir is created in Manhattan all these unconnected characters and elements begin to cross paths, and eventually you start to figure out how they’ve been connected all along and (as the kids like to say) “watch the shit go down.”

This is a great little show, and it’s a shame to me that so few seem to have heard of it. It boasts a huge cast (17 major characters, I believe) which can be both a good thing and a bad thing. The animation is above average, if not excellent in parts, and there is one particularly good piece of soundtrack used for the intro that features Big Band Jazz, really helps to set the mood. And if you want to see Aizen reincarnated:

But anyway, I digress. By the way, if you do decide to see the show, I highly, highly recommend watching the English dub. Sure, it was originally done in Japanese but the show itself is set in America and (I hope, anyway) we speak English here. That aside, the English voice actors did a stellar job of capturing the 1930’s accents, whether they were from Brooklyn or Chicago, which is something the Japanese version lacked.

Why does this show make me think of Christmas? The majority of the show is set on a transcontinental train in 1931 (called the Flying Pussyfoot, but we’re not going to talk about that.) It’s that old fashioned style passenger train, the one with the wide windows and red velvet seats and a cheery stack of smoke blowing from the engine.

Reminds me of (yep, you guessed it again) 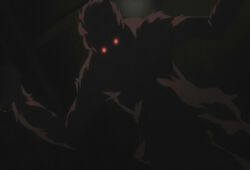 ...To bad it’s haunted. Oh well. Red is one of the colors of Christmas, after all, and with a bunch of Mafia running around there’s sure to be a lot of it. 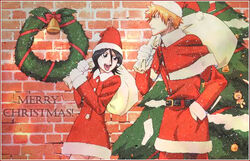 Retrieved from "https://bleachfanfiction.fandom.com/wiki/User_blog:ShonenChicoBoy/Shonen%E2%80%99s_Regimen_and_Tonic:_December_2014?oldid=354919"
Community content is available under CC-BY-SA unless otherwise noted.