As the doctor prescribes: ワンパンマン見てを下さい !!! 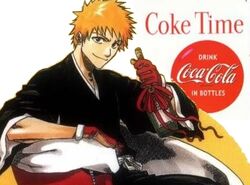 The time has come. You’ve joined a wiki, come up with an idea for a character, and are ready to start writing your article. But then you come across a problem... you can’t figure out how to translate Awesome-san’s awesome technique of awesome-ness into proper Japanese! And how are you supposed to write a proper Bleach character unless they can run around swinging giant swords and yelling “Getsuga tenshō!!!” all the time. And how did gibberish like “Getsuga tenshō!!!” end up sounding so badass in the first place?

Well, I’m here to help. Like 99.9% of the people on this wiki, I don’t speak Japanese. I am trying to learn Japanese though, which means I am totally more ninja than you are semi-qualified to give you a brief introduction on how to translate stuff without making yourself look like a total N.O.O.B.

(And for those of you who have already attained enlightenment and have no trouble whatsoever translating your stuff into Japanese and can probably do it way better than I can, well... then keep your snide comments and snickers* to yourself and go do something productive, like make some toast or write a guide on how to breed the fastest Slug-Racers Ever, or something.)

(*Except those Snickers. You can spread those around.)

There are three “alphabets” in Japanese, and you should be aware of which one is which. But they’re pretty easy to recognize from each-other so don’t sweat it too much:

Rounded-looking letters that aren’t kanji because they aren’t as fancy. Each character of hiragana (that’s right, character, not “letters”) represents one phonetic sound in Japanese. あ sounds like “ah” and so-forth.

They are much more angular and “digital”-looking. Like hiragana, each character stands for one phonetic sound. And the nice thing is that some katakana look similar or identical to hiragana, for example the character for “ka” is カ in katakana and か in hiragana.

Note: You will probably see little symbols like " and º on the top-right of some of these hiragana and katakana characters. Those little symbols are important, because they “soften” the sounds. So か + " = が, “ga”.

You will also see small characters next to regular-sized characters. This forms a compound sound. For example, since there is no character for “chu”, you use the character for “chi” (ち) and sandwich it together with the character for “yu” (ゆ) to make the sound “chu” (ちゅ). This makes sense: try saying “chiyu” about a hundred times fast and see what happens: it slurs together to sound like “chu”. (Make sure no one else is in the room when you do that, by the way). Be careful though: if both characters are normal-sized then it’s not “chu,” it is just “chi-yu.”

One other thing to pay attention to is the character for “tsu.” In both hiragana and katakana, the small version of that character + any other character does not mean “x-tsu” (no, not even “f-tsu.”): It just adds an extra syllable. Huh? You say. Well, it’s the difference between “bookeeper” and “bookkeeper.” There is a small pause known as an “aspiration” between the two k’s where you breathe out just very, very slightly between “book” and “keeper.” The same thing can happen between other consonants as well:

They are super-fancy looking (for the most part) and, once upon a time long-long-ago, were borrowed from Chinese characters. That’s what “kanji” means, actually: “Chinese characters.” Unlike hiragana and katakana, one character stands for one word, not sound. For example, the word for water, “mizu” is written みず in hiragana but 水 in kanji.

When translating character names or techniques into Japanese, it’s good to keep in mind which alphabet you should use and why. If your character is Japanese, you probably want to use kanji to write their name. Why is that? Because kanji is used to write Japanese names. (Unless this is Naruto of course, where everyone uses katakana like the noob ninja they are...)

1. Katakana: This is used to write foreign words into Japanese. There needs to be some explanation here: Japanese likes to use a lot of English words, or “borrow” them and just write them using katakana. Words like these are bastardized English, or “Engrish” as we so politically-correctly say. For example, “television” COULD be called 受像機 in Japanese, but that’s long and complicated and not might not be exactly the word one wants to use, so they tend to just say “terebi” (テレビ) instead. Terebi, TV, terebi, tv...

So if you have an American character, don’t write their name in kanji: use katakana. On the same note, Fullbringers use katakana for their Fullbrings, and Quincy (if they’re German like they’re supposed to be) can also use German-ized techniques and stuff. Like Sprenger, which is シュプレンガ (tsupurenga).

2. Hiragana: This is mostly used for grammatical structures in a Japanese sentence. So verbs, adverbs, adjectives, particles, etc. Hiragana is useful for writing release commands and kidou phrases and stuff like that, but if you want to name something or someone, you should probably stick to kanji.

3. Kanji: This is used for nouns, names of things and (Japanese) people, and a whole lot more. The great thing about kanji is that you can pick a different one that still has the same sound. So if you want to use “Sei” in a character’s name (or maybe not...) there are many different meanings to pick from: 生 = “living,” 制 = “control,” and 性 = “sex!!!”

Okay so that’s how to translate stuff into Japanese, but what about the other way around? And what are the little lines for anyway?

Those little lines you see above vowels in Japanese are called macrons. Macrons are used to lengthen the sound of a vowel. Here are all the possible macrons you can use in transcribing Japanese to English:

Nifty eh? Another common way to Romanize vowels is, instead of writing “ā” (cause who has that on their keyboard anyway?) we write “aa.” Two a’s to draw-out the vowel. This can get somewhat confusing when it comes to o’s and u’s though, as for example “Kidō” is written “kidou.” And it’s not pronounced oh-u, it’s just “Kidō.” Personally I prefer to use the macron system when writing formal articles, as it just seems more concise and professional that way to me, but you can use either.

On a side-note, if you’re wondering how to “read” Japanese words that have been written in English and don’t want to sound like a total gaijin, well: you can look up some youtube videos, type words you need to say into Google translate OR (and this is the best way) watch a ton of anime. (In Japanese that is). I’m serious. They more you are exposed to the language the easier it will become to pick out the “natural” way to pronounce things.

Why are double vowels important in the first place? Well, they aren’t just arbitrary. While Japanese isn’t a tonal-based language like Chinese is, lengthening a vowel can completely change the word. Don’t believe me? Look at this:

Regardless of whether these two words mean the same thing or not, vowel length IS important.

What about adjectives? Let’s say you want to name your character’s Zanpakutō “orange tiger.” Do you just say “orange” and then “tiger?” NO! By that I actually mean NO! “No” (の) is a particle used to denote a direct object. Huh? You ask. Think of it like saying “of.” “Orange of tiger” and so-forth. The MAIN IDEA ALWAYS COMES SECOND, and all the things that describe that main idea come before. You can have a whole line of them too. So maybe something like “dangerous orange tiger”: 危険のオレンジ色の虎, kiken no orenji-iro no tora. “No” can be pretty flexible though, so use it if it “feels” right in the phrase, but try not to over-use it.

Finally, I’d like to list a couple of really good websites that I have found useful for translating stuff. I’m not going to give you a tutorial, as most of these sites are self-explanatory. And hey, the more familiar you become with them and in translating in general, the more tools become available to you.

Keep in mind that learning how to translate involves a lot of trial-and-error. It may take you weeks to find the right kanji for a character. It might seem overwhelming at first, but with practice things will start to come more easily to you. Personally, I have found that I like to start with a particular sound or meaning that I want to use for something, and then experiment until I find something that suits my needs exactly. It’s always good to have a clear goal in mind, but at the same time it’s important to recognize that Japanese is not the same language as English. There are some things that you might have to be open-minded about. That is to say, I’ve seen people turn down perfectly good translations just because it didn’t sound “cool” to their ears. My answer to that is usually: “but how do you know that it doesn’t sound cool in Japanese?” Sometimes the answer can be simple mispronunciation or unfamiliarity. “Getsuga tenshou” might not seem all that cool on its own, but the meaning it carries makes all the difference.

Well, with that, I wish you all good luck and happy translating!

Retrieved from "https://bleachfanfiction.fandom.com/wiki/User_blog:ShonenChicoBoy/Shonen%27s_Regimen_and_Tonic:_October_2015?oldid=375859"
Community content is available under CC-BY-SA unless otherwise noted.