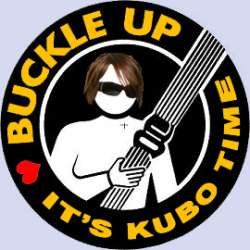 Alright. This is the first time I've done one of these blogs. I posted this originally on Bleach Asylum (the manga discussion forum that I joined a year ago) but wanted to hear what you guys all had to say about the latest chapter as well.

That chapter was, in my opinion, historically bad for Bleach. So bad that I had to write this. I just had to get it out of my system. (And yes I wrote this instead of an FC post. You can kill me later.) But anyway.

Pros: Okay, Haschy’s death was the highlight of the chapter. The characterization in the end was nice, as other users have pointed out, because it called to attention the fact that Haschy has always been a follower (albeit a lonely one), and one who regrets his decisions yet knows he can do nothing to change them. Uryuu accepting Jugram’s final request actually reminded me a bit of the way he acted towards Yoshino in the Bount arc. Kind of. Less sexually awkward and definitely showing zero of the altruism he showed towards Yoshino, but there is still that same kind of empathy there, or pity or whatever you may call it. That being said…

Cons: Haschwalth dies. That felt extremely rushed to me. But it’s been rushed for about a hundred chapters now. What happened to the Sun and Moon symbolism? The fact that Haschy was supposed to be Numero Dos among all of Yhwach’s cronies? The fact that HE EVEN SHARED THE ALMIGHTY for a period of time? For a while there, I even had my suspicions that Jugram was powerful enough to betray Yhwach and take his place, revealing him to be the Quincy Aizen amongst the Sternritter and take his rightful place on the Silbern Throne. But then… what happens instead is that Kubo severely dropped the ball on this guy. Even up to his fight against Bazz B he was still pulling strong, there was depth added to his character, a nice set-up for his final confrontation with… well, Uryuu I guess. Cause that’s all we got. That fight was incredibly underwhelming and the climax… well there was no climax. The way it ended just left me unsatisfied. It was all for nothing: the character was wasted, and even his fight against Uryuu just a stall for time, apparently. Which makes you wonder what he was supposed to be doing in the story to begin with.

(What does feel very Bleach-esque, in a sense, is that Jugram, who [should have been] was an extremely powerful character, and accompanied Yhwach all the way to the end, was finally betrayed by his leader and tossed aside in the dustbin of Bleach history. Hmm that seems really familiar for some reason I can’t put my finger on it though...)
Spoiler

Cons continued: Still trying to wrap my head around that asspull thing that Tsukishima did to restore Ichigo’s bankai. Alright. He can insert himself into the past/change it. We get that part. What I finally theorized after thinking about it way too hard is that Tsukishima, after inserting himself into Ichigo’s past, was the one who broke his sword. Because Tensa Zangetsu was still broken: Otherwise Orihime wouldn’t have had to heal it/reject it being broken. But she did. So it was still broken. Just not broken by Yhwach, because apparently the fact that YWHACH breaking it as opposed to anyone ELSE breaking it is “too strong, over nine thousand!” But… it was still broken. (I guess you could argue it that Yhwach breaking it once means it would be broken for all possible futures/future outcomes, which is why Orihime couldn’t fix it, which still doesn’t really make sense because by the time the future has become reality it is past which means that she…. you know what, screw it.) 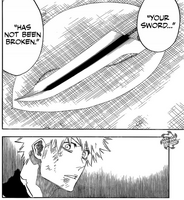 Figure B: Sparkly sword is sparkly. Ichigo is amazed by sparkly sword. 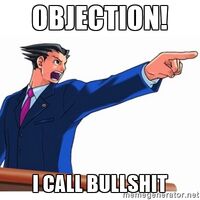 More annoying than the Tsukishima fixing Tensa though, was that the Fullbringers just randomly show up here at all. TALK ABOUT TIMING! Apparently they were somewhere in hiding close by, close enough to hear the entirety of Yhwach’s perfunctory evil monologue/power explanation, yet far enough away to where they only NOW decide to show up. (More realistically: how did Tsukishima know everything about what had occurred in order to fix it? Maybe he gained Ichigo’s memories when he cut him or something, who knows…) And yeah: hate to break it to you Ichigo, but Tsuki fixing you up once doesn’t mean Yhwach can’t do exactly the same thing he did before. DOES NO ONE BRING THIS UP!??!?!

One of the most disappointing things about this chapter though, is the way Ichigo was portrayed. It’s like Kubo forgot how to write his own character.

What we know about Ichigo, from over the course of the series, is that he is someone who struggles with despair. He struggled with it when his mom died, again when he couldn’t reach Byakuya when Rukia was taken away, again when his inner Hollow (well, er, Zangetsu at this point… ?) threatened to consume him, again when he faced Ulquiorra (that was the culmination of that arc no?), when his inner world was literally flooded by his hopelessness, when he lost his powers, when he lost his powers to Xcution….

Anyway. After Yhwach broke him/broke Tensa Zangetsu, he was pretty much overcome by his despair. At least that’s what it looked like from an observer’s standpoint. He took it lying down, which is not something he did even when Tsukishima was cutting all his friends and altering their memories. And that is saying something. Here he quite literally gave up. I give kudos to Renji for trying to snap him out of his funk. But then, you have Tsukishima show up. Show up and stab him actually. Considering his past confrontations with Tsukishima, I’m surprised he took that so… er, calmly I guess. Did his fight against Kugo suddenly mend all past harms that Tsukishima inflicted upon him/his friends? Is he not questioning why Tsukishima is there to begin with? Here is an embodiment of his despair and, after overcoming his initial shock, Ichigo barely seems to bat an eye. Okay. So he didn’t say “thanks” to either Kugo or Tsukishima. And I guess he is concerned about Ywhach atm as opposed to Tsukishima. That being said, that whole interaction was… incredibly, incredibly shallow. Kugo mentions they were their to “repay a debt”, but what debt, exactly. When Kugo died he said that he finally came to understand Ichigo and where Ichigo was coming from: but Ichigo still killed him. I guess time heals all wounds. Yeah, we’ll buy that. Considering the Fullbringer arc was only one or two months ago chronologically.

Adding insult to injury, we have Ichigo do a very, VERY sudden heel-face-mood turn. No longer is he in despair! No longer does he feel worthless! He got Tensa back and now everything is hunky-dory! That is the equivalent on sticking a band-aid on a bleeding artery and then having the patient leap up and say, “let’s kick some ass!” Okay. Thanks for tossing that whole despair-vs.-determination theme you had going throughout the entire Yhwach vs. Ichigo fight out the window. Bai-bai characterization.

Not only that, but logistically, Ichigo just had everything he spent the last 200 manga chapters striving to achieve stripped away from him, and he gets back A piece of that (bankai, not even Quincy or Hollow powers at this point, we assume due to Ichigo still having a shihakushou). I guess Ichigo assumes he’ll do better against Yhwach this time around? He does have Rukia… I mean his friends there to support him, I guess. (Sans Chad. Where was he again?) And as we learned from way back when that the only way to beat an impossible opponent is to start at the bottom, cut him layer by layer, and when you get to the head: just whack on it! (Sometimes I miss the old Bleach so much…)

My only hope for the upcoming chapters is that Ichigo seems to be EXTREMELY confident of that bankai, since apparently everything was hinged upon it functioning/not breaking. So much so, in fact, that even Yhwach himself was intimidated by it.

So you wonder what will happen if he actually gets a chance to use it. (But then, I also wonder if Kubo even has an idea of what it does himself yet...)

Retrieved from "https://bleachfanfiction.fandom.com/wiki/User_blog:ShonenChicoBoy/Check,_Please_(recent_manga_chapter_vent)?oldid=394149"
Community content is available under CC-BY-SA unless otherwise noted.