EVERYTHING FROM THIS POINT ON COMES FROM CRACKED.COM. ALL CREDIT TO THE ORIGINAL ARTICLE AUTHOR. ENJOY THE LAUGHS

Bleach, a slow descent into madness. From awesome anime, to being so bad you think that the writers are just fucking with you. 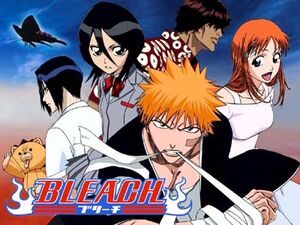 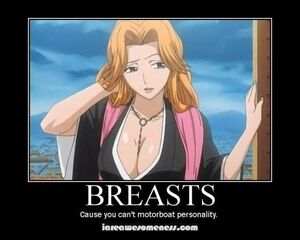 The Story So Far

"Bleach" is about a high school kid named Ichigo Kurosaki. He has the ability to see ghosts. One night he and his famiy are attacked by an evil ghost known as a "Hollow. " Before he is killed, he is saved by a Shinigami or "Soul Reaper" named Rukia. During the battle she is badly injured and gives her powers to Ichigo so he can defend his family. 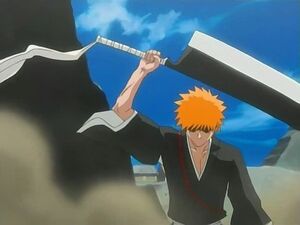 After the battle, Ichigo reluctantly decides to help Rukia while she recovers her powers. They hunt down Hollows and end up having to save all of Ichigo's friends at one point or another. Ichigo also solves the murder of his mother, who suffered from a case of "Death by origin story", and ends up confronting the one who killed her.

Not too bad, right? It seems like a pretty good show at first. It was slightly similar to other shows, but different in its own way, and it had a nice involved plot. Then shit went down.

There seems to be a disconnect between the first 20 or so episodes and the rest of the series. Character evolution; for some reason, the writers decided to just go nuts with it.

Somehow he manages to go from normal teenager (who can see ghosts), to bad-ass teenager who fights evil spirits, to crazy-fucking-thing. What happened is anyones guess, but it seems the writers needed a creative boost and got some help from Mr. LSD. That's how the main character goes from bad-ass hero to nightmare fuel.

Not convinced..... how about this?

This is the main Villian "Captain Aizen." He starts off as a typical nice guy anime hero. Then he becomes a bad-ass villian when he fakes his own death and double-crosses the good guys. Then later on, he becomes a butterfly? Out of context it dosen't make any sense, it seems crazy. In context, IT IS CRAZY! Because of a powerful item he starts transforming. Eventually he becomes "Butterflizen" and shit gets crazier as time goes on.

It seems that Bleach "jumped the shark". Whatever story it seemed to have has long given way to characters trying to one up each other with new powers. Aizen at one point says he actually expects this of Ichigo when referring to their next encounter. Not to mention that by episode 300, most of the characters seem to be weird charicatures of themselves. Aizen is the best example...

In the beginning he is a smart, deceptive villian who manipulates from the shadows. With the power to hypnotize people, he is able to plot the betrayal of his people to slay their king. By the 300th episode he is an unstoppable godlike creature. Who, for some reason, has thought of everything. He can't be defeated or out-smarted. He no longer needs his former powers and dosen't even take the time to block, but does take the time to taunt. Almost every major character turns out this way; Ichigo, his friends, the other heroes, and the villians. (But not quite to that extreme).

What Is Next For Bleach?

God only knows. The latest chapters in the manga seem to dial down the crazy a bit. It seems that Bleach could have been great, but went wildly off course. Somewhere around episode 100 or so, the writers seemed to not know where to take the story... So they just added more characters and crazier powers to the equation. Not to mention that none of the good guys ever die... EVER! There have been over 9000 fatal injuries in Bleach. Villians die by the dozens, while despite this 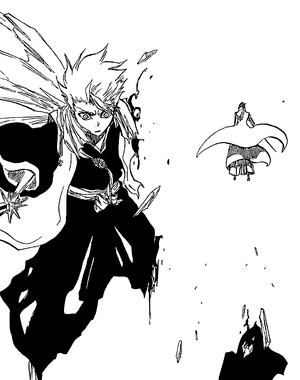 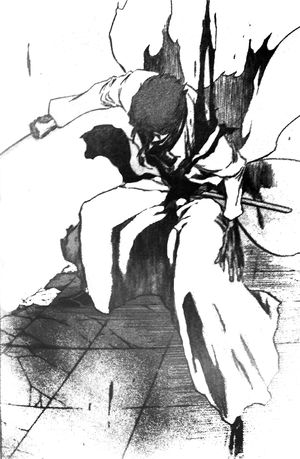 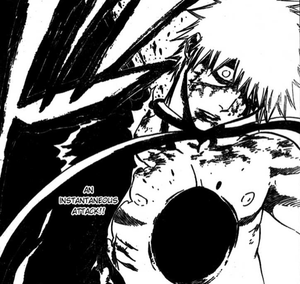 " Apparently holes in your torso make you even stronger....you think that's a joke."

Not one good guy has died to date. Maybe that's the problem. In a lot of shows, the death of main characters usually drives the plot. Bleach could use a few character deaths. Just look at what it did for Harry Potter. Would the last book be anything if half the cast didn't die? 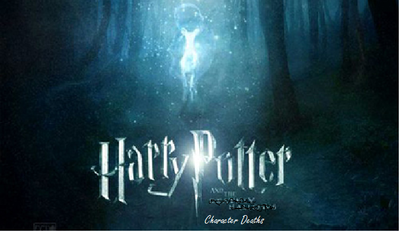 EVERYTHING FROM ABOVE CAME FROM CRACKED.COM. ALL CREDIT TO THE ORIGINAL ARTICLE AUTHOR. ENJOY THE LAUGHS

Retrieved from "https://bleachfanfiction.fandom.com/wiki/User_blog:LastationLover5000/BLEACH_-_As_Reviewed_By_Cracked?oldid=408912"
Community content is available under CC-BY-SA unless otherwise noted.