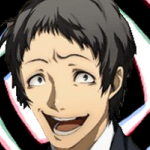 Hey, my name is Stylx, a normally very lazy git and a user of this here Wikia, of which I typically contribute to on a daily (Hahaha, more like yearly) basis as a hobby of sorts, y'know, making characters, putting them in stories, and then naturally beating the ever loving crap out of them to resolve problems, that kind of stuff.

Bleach was one of the first anime shows I have ever watched and despite my less than positive view on the main series nowadays, I still enjoy the earlier parts of the show as well as it's overall universe.

If anyone needs to ask me anything, just ask and I'll help you as much as I can, translations, Wikia problems, anythin' you have trouble with.

My own Fanon Gotei 13 can be found right here, my custom Kidō spells are here and my custom Zanjutsu techniques are right over here.

Bleach: Call of the Fullbringer

Created by Stylx (With collaboration from Zf6hellion)

Rescue of the Fullbringer Arc

Mystery of the Fullbringer Arc

The Dawn of Hardship Arc

The Balance of Souls Arc

Retrieved from "https://bleachfanfiction.fandom.com/wiki/User:Stylx?oldid=397416"
Community content is available under CC-BY-SA unless otherwise noted.