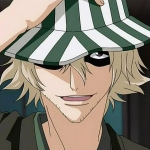 My name is Mangetsu20, or Demod20 if you're my friend. I've been into Anime/Manga Genre of entertainment since I was 17, my first Manga and Anime was Naruto, and eventually I spanned over to my favs of the Marvel and DC universe.

Bleach came along within the next year and I've been hooked ever since, following all but the Omake edition Fillers, enjoying every bit of the Anime, only have recently began to read the Manga, since the Deicide and now the Missing Substitute Shinigami Arc.

I've been roleplaying for over a year, ever since I've joined Fanfiction and I am writing in the Process of a Fanfiction of Bleach, dedicated to the character Senna, as well as Ichigo, a new storyline originally seperate from the series, unfortunately I have not deemed the Fullbringers a part of it but I hope I've made up for it, the name of it is called, "Dark Prophecies," under the FF.net Penname of my alternate name, Demod20.

I hope I can integrate myself into this organized and wonderful community with my original and unique ideas! Feel free to post on my Chat page to direct me and ask me questions.

Retrieved from "https://bleachfanfiction.fandom.com/wiki/User:Mangetsu20?oldid=350435"
Community content is available under CC-BY-SA unless otherwise noted.