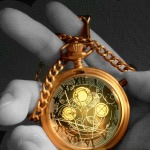 Likes/Dislikes: My favorite manga is berserk, with vinland saga being a close second. I did enjoy the bleach series, although I feel it tapered on a bit too long and had too many irrelevent characters. I would have enjoyed it more if ichigo's adventures as a "spirit detective" had lasted longer before the soul society arc began. I enjoyed Naruto before the time skip, but now I'd rather rub salt and broken glass in my eyes than read it. Needless to say, I'm a cynic and have a low tolerance for writers pulling stuff out of their asses blue. I think it's tragic that a series that had as good a start as naruto has devolved into a bunch of AMAZING!!1! random power ups and nonsensical attacks.

Preferences: I like to play characters who have power levels near enough to me that I am able to sympathize with their challenges and acheivements. Epic combat has its place, but a humanistic hero should at least have some of our limitations and weaknesses. I like my actions to be relevant and story-changing, which is to say, I like them to have content as opposed to what I call "filler". I play by the creed that being cool isn't how you look or act, it's what you do and accomplish, and so my playstyle reflects these principles: My actions should have consequences, my words should have meaning and elicit a response, and my descriptions should enhance the environment and versimilitude (rather than existing to simply glorify my character).

Retrieved from "https://bleachfanfiction.fandom.com/wiki/User:Chrono_Nexus?oldid=140276"
Community content is available under CC-BY-SA unless otherwise noted.