"Tempered of diamonds, the empress loved by the moon, hidden in its light." - Seireitou-shishō

Shizuka Yuko (優子 静夏, Yuko Shizuka) is a female Soul that resides in the Human World. Several centuries ago, she was regarded as a legendary Hakuda Grandmaster that hailed from the Soul Society, a villainous warrior that was considered no less diabolical and dangerous than that of the infamous Yachiru Unohana. Shizuka was once a reigning authority on the martial arts and had at one point faced off in a ferocious Hakuda duel against the equally-skilled Seireitou Kawahiru; despite no official record existing of the fight, those who were alive then to observe the fight could never forget such a spectacle. Though her actual name was lost to history, simply the utterance of the name "Diamond Empress" (金剛帝, Kyōkōtei) sends shivers down the spines of even the greatest warriors of Soul Society; particularly, those of the Eight Sage Fists and even among the Captains of the older Gotei 13 generations. Shizuka herself, however, had eventually made her way to the human world some time after that death match, achieving great monetary success as the owner of several organizations collectively belonging to the "Thousand Nights Agency", of which she serves as the chairwoman. The agency acts as an authoritative body for various martial art disciplines in the human world, such as Karate and Taekwondo, though it actually serves as a cover for Shizuka to recruit potential candidates with significant spiritual awareness to be trained personally by her as her disciples. In the public eye, she is known by the alias Astoria (アストリア, Asutoria), and is rumored by many to be a master of every martial art discipline. Though unclear, it is hinted she intends to raise an army of martial artists to invade the Soul Society, as inferred by Senzui Kururugi during their frequent interactions. It is unknown if the two are colleagues in any sense. 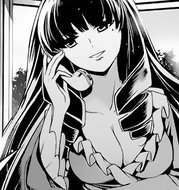 Shizuka in the manga. 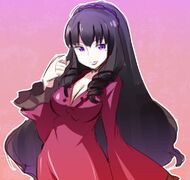 Shizuka wearing her other combat clothing.
Add a photo to this gallery

Retrieved from "https://bleachfanfiction.fandom.com/wiki/Shizuka_Yuko?oldid=403195"
Community content is available under CC-BY-SA unless otherwise noted.