Mikado Amarante (主上近藤, Emperor Amarante) is a Human and the Substitute Shinigami of Naruki City. He is also the current holder of the title Orion (オリオン, Great Hunter) within the Jūsanseiza. Subsequently, he is recognized by the Central 46 as among "Those With Potential" (電位脅威 (ゾーズ・ウィズ・ポテンシアル), Zōzu uizu Potenshiaru; Japanese for "Possible Risk").

Notwithstanding his relatively extraordinary causes as a Visored and his status as a Jūsanseiza of massive positioning, Mikado's general appearance is inconceivably disappointing. Truth be told, upon their initial meeting, Gekkō Kirameki was somewhat disappointed by the Shinigami. Going as far as commenting: "Really? This is the guy?" when first looking at the spirit. Mikado bears highlights connected with a run of the mill bishōnen, the most famous being white snow-white hair. His hair being long, streaming and coming to down to his shoulders as it edges the sides of his face. His eyes complement this element to the most extreme flawlessness; they are a smooth turquoise tinge that lit up colossally once his reiatsu discharges itself. His facial structure is rakish as he has a pointed button.

Because of his preparation, combined with his fight understanding, Mikado's physical makeup is phenomenally conditioned. Despite his moderately little body, he has built up his muscles' assemble and definition of flawlessness. His physique is exemplified by the way that, while not an animal by any methods, Mikado's quality is much more thought than the usual Shinigami as he pipes each ounce of inherent lifting quality into touchy punching power. He is athletic inform, rather than being expensive and cumbersome. He brandishes an entire arrangement of abs and splendidly conditioned arms and legs muscles.

He is known to wear two clothing types. One is more fit for his goes among the everyday humans of the World of the Living. It has the vibe of a fashioner/punk-sort dress; being a hooded coat, white shirt underneath, with belts wrapping around them, and pants, tore at the sew, and dim boots. His substitute clothing, the one he typically traipses around in when he is in the Soul Society, is a minor departure from the Shinigami's Shihakushō, comprising of a worn-out, darkly hooded shroud that flares out into battered finishes.

Mikado as a Shinigami

Mikado in Gigai
Add a photo to this gallery

"Started training early in the morning, have you?" he said. "That is certainly a first for you, Mikado. Around this time I would be trying to wake you up; why the sudden change?"
—Nanashi to Mikado regarding his sleeping habits.[1]

Mikado is a simple man of refined character. Charismatic, reverent and down to earth, Mikado inclines to relish by those he comes into contact with, he is affable and verbalizes with a calm and blithesome manner to both elders and those within his age range. Due to the values placed on him both by his parents and grandfather, Mikado shows a caliber of reverence and the facility to engender and maintain boundaries between himself and acquaintances. Mikado shows an unusual level of insight into other's motivations; as optically discerned when he deduced the reason behind Nanashi's opting to withhold information regarding the death of his parents. He postulated that Nanashi was endeavoring to forfend him, both from himself and the entity that slew him so that the fires of rage would not consume him. [2]

Mikado is not one for training in any serious fashion, only doing so for the natural benefits to both mind and body such strenuous activity produces. As pointed out by his grandfather, Mikado is certainly not above sleeping in most mornings. On another light note, Mikado has what seems to be a good sense of humor around his friends, not being frightened of a little self-deprecation as he teased to Naomi about the aforementioned slumbering habits. Such humor can sometimes manifest as a biting insult towards an enemy has he claimed Vengeance looked like something out of a Clint Eastwood film. He has great confidence in his adeptness as a warrior, if not borderline arrogance, not caring at all about his adversary's history in battle. Almost as though Mikado's mere presence invalidated any prior enemy to himself.[3]

Mikado views life as sacred and it's fragility as something that proves it needs to be protected, preferring not to take one unless necessary. He can, for the most part, keep a cool head in confrontational situations unless he were to witness an abominable act done to someone "innocent". Especially so if a child is involved, this was shown through, in a rare fit of rage, Mikado utilized a spell to char a departed soul's body completely upon learning the man was a murderer and a child rapist. He can be highly emotional when children are involved, something Naomi seemed to be quite vigilant of during their expedition; as she sought to comfort him after reprimanding him for his brash actions; though he snapped back at her afore calming down and apologizing.

An important trait to note about Mikado is his flippant attitude towards God; during a conversation with his Grandfather about the divine beings, he noted that deities where no different than the people they hovered above. Equally as brash, careless and petty, it didn't matter how many lives were destroyed as a result of their petty squabbles. He goes as far as to note the only reason he doesn't air his grievances is for the sake of his Grandfather's perceived piety.

To Prove One's Worth arc

Sins of the Past arc

Ties That Will Bind

Mikado, despite his age, is an exceptionally powerful Visored capable of such standing on even ground with the current generation of Captains of the Gotei 13 who are themselves considered to be one of the strongest generations since the first. His enhanced potential has led the Central 46 to label him as among "Those With Potential" within the collection of individuals the Central 46 consider as true threats to the Soul Society and the spiritual realms as a whole. A terrifying trait of Mikado that wasn't exposed until he became Substitute Shinigami of Naruki City was the severe nature of his spiritual power; producing incredibly potent Fire that could severely damage the Flow of Souls. 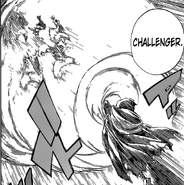 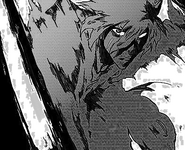 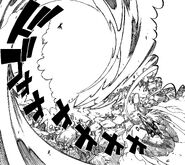 Mikado using Hiushirodate
Add a photo to this gallery

Shataiyō (遮太陽, Shielding Sun) takes the form of a single-edged katana with a blue hilt and hexagonal guard. It is 70.6 cm and possesses a silky silver glimmer as streams of the blue light flow down its length. Shataiyō, as a Manifestation, takes the form of a blue-haired exceptionally muscular male of above-average height. Shataiyō and Mikado share a strong, brotherly bond, due to Mikado solely focusing on one aspect of Zanjutsu; that being Jinzen, the meditative state that allows the Shinigami to communicate with their Manifestation. As a result, Mikado has gained access to both the Shikai and Bankai states, as well as a level of synchronicity with his zanpakutō rarely seen amongst Shinigami who choose to specialize in other areas from Zanjutsu.

Shikai Special Ability: Shataiyō is the embodiment of Mikado's resonance with the Sun; as such, it exhibits the ability to generate and give shape to solar energy. 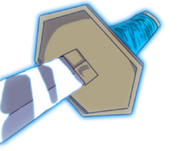 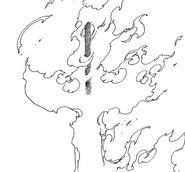 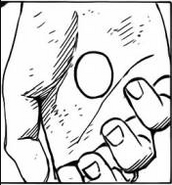 The mark of the Sun 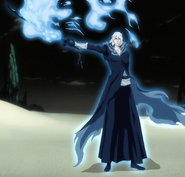 Mikado solidifying the flames around his person 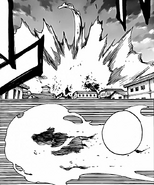 Mikado's theme is Born for This by The Score

His secondary theme is Cold Blooded by Zayde Wolf.

Retrieved from "https://bleachfanfiction.fandom.com/wiki/Mikado_Amarante?oldid=439034"
Community content is available under CC-BY-SA unless otherwise noted.