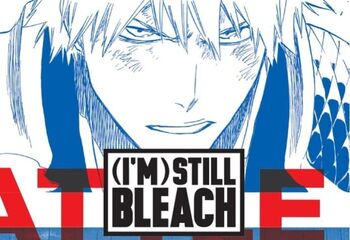 Welcome to the Bleach Fan Fiction Wiki!
The wiki, of fan invention, that anyone can edit!
About Us

The Bleach Fan Fiction Wiki, founded in 2009 by Blackemo1, Cyberweasel89, and Ten Tailed Fox, is a wiki of fan-invention based in the Bleach universe. Here, we allow users to create their own fan fiction stories, characters, Zanpakutō, etc., as well as allowing them to collaborate together in what is known as a roleplay; where fan fiction writers can write stories together, pit characters against each other in fights, and even do comedy skits. Users are also encouraged to get to know each other, make friends, and communicate with each other via the Message Walls provided by Wikia to promote a friendly writing environment, as well as allowing them to collect feedback for their works. Our goal is constant improvement in quality to become the best Bleach fansite on the internet! 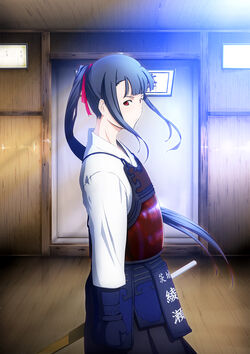 Kurogawa Yamasawa (山沢 黒川, Yamasawa Kurogawa) is a Fullbringer and Gemischt Quincy born and raised in Aizuwakamatsu. Her mother, an Echt Quincy of considerable power, often attracted hollows during her daily activities. And such there were numerous situations in which both she and her husband, a high-spec human, found themselves fighting to protect their family. Ultimately, Kurogawa Yamasawa was imbued with considerable hollow Reiryoku as a fetus within her mothers womb. Sadly, even as a halfling, the hollow energy which existed at the center of her soul created an internal conflict due to her lacking the "anti-bodies" needed to resist the poisonous nature of hollow reiryoku. And such she spent nearly a decade confined to a bed slowly deteriorating, the process lessened by her being only half Quincy...

To read on, please visit the full page!

Bleach Renascence (ブリーチ・レナセンス, Burīchi Renasensu) is a fictional story that takes place within the Bleach universe, set after the events of the manga's continuity. It is the official name for the Fanon Canon project of Bleach Fan Fiction Wiki.

Set in the year 2019, six years following the epilogue of the original Bleach manga, the world is seemingly in a state of peace. After a hard-fought battle against the Quincy forces of the Wandenreich and the defeat of Yhwach, suffering unimaginable causalities in the process, the Gotei 13 has managed to rebuild the Seireitei. Yet, in spite of the peace that was achieved, there are tensions that continue to arise across the entirety of the three worlds. The Gotei 13, Four Noble Houses, Espada, Wandenreich remnants, and the human organizations of Xstence and Basara; they struggle for the sake of their individual motives while trying to learn how to live together in this new era after the loss of the Shinigami's King and the Quincy's King.

And yet, with all these factions with all their aspirations, the potential for devastating crises are rearing their heads. Strange supernatural phenomena, enigmatic even by the standards of spiritual beings, are starting to occur in the three worlds. Few beings have started to realize that something is happening, but outside of them, nobody is paying attention nor heeding their cries. Shinigami desperate to maintain stability in their world, the Quincy and Arrancar at each other's necks for territory, and the Humans who try to find their place in a world that continues to grow more and more chaotic — when the coming calamities finally manifest, it may spell the end for everything they all hold dear.

Read more at Bleach Renascence!
If interested in joining, please contact one of the admins for further information!
Featured Roleplays
Descending Despairs ·The Sorcerers Gambit · Witches and Dogs · All Around Jingshan
The Sound of Silence · To Right an Injustice · Cursed Bonds of Hatred
Pages 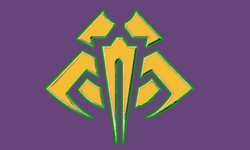 Want to affiliate with us? Leave a request here
Retrieved from "https://bleachfanfiction.fandom.com/wiki/Main_Page?oldid=304271"
Community content is available under CC-BY-SA unless otherwise noted.