Hissori Hogosha (ひっそり保護者, Silent Protector), usually revered to by his last name Hogosha, better known by his moniker Flash Guardian (瞬後見, Shunkouken), was a dedicated and friendly Shinigami typically known for his tendency to be one of the most outspoken individuals in Soul Society, voicing his opinions on whatever matters mattered and appealed to him.

Early in his career, Hissori was formerly an inhabitant of the Heisekai, acting as one of the Captain-Generals for the Shuuten's Third Division and an unofficial Royale Protector for the Ruling Monarch and the Jouin. However, Hissori left Heisekai after he unfortunately failed to protect one of his charges from an assassination. He voluntarily underwent a self-imposed exile to Soul Society where he was accepted into and served the Second Division. After the untimely death of Captain Akemi, Hissori was subsequently selected as the inherent replacement for the deceased Shinigami.

He serves as one of the supporting characters of Bleach: Tribulations, usually on leave to perform a myriad of secretive operations assigned to him by the Captain-Commander. He is also one of the many supporting characters in the Bleach (Kenji Hiroshi) Storyline, known to continue his duties and continually spy on various organizations potentially hazardous to Soul Society.

Hissori consistently exhibited a mysterious aura around him that both baffled and drew curiosity from anyone who had ever made his acquaintance. This was primarily in part of Hissori's typical choice of clothing, which further distinguished him from the Shinigami and brought forward perplexed looks from the citizenry. Hissori preferred to not wear the standardized Shihakushō (死覇装, Garment of Dead Souls) and was never known to have worn the Captain's Haori, although it was common knowledge that he carried a small handkerchief with the Second Division Insignia as an indicator of Rank. Foreign by Soul Society standards, Hissori's clothing was predominately the color gray with some small hints of black and white. It was rather rugged in appearance and he commonly wore a somewhat tattered gray trenchcoat over his body, a brown tunic accented with several equipment belts, reinforced leather gauntlets, and a pair of gray tight-fitting pants, complete with lightly colored boots that were somehow modified to lessen the sounds of his footsteps. But what brought attention to Hissori the most was a Mask that completely encased his head and practically hid his facial features from view. A hood completed Hissori's entire outfit and when added together, Hissori looked quite similar to the mythological Grim Reaper. Hissori's outfit was inferred to been far more complex than previously believed to be as more mechanisms and revolving machinery had been seen, but information regarding that had not yet been disclosed or will never be.

He had the appearance of a rather tall and slim man blessed with an athletic and lean build. He was extraordinarily fit for a Shinigami of his age and profession, having spent countless years conditioning his body to peak physical condition.

Kaijinkage (灰燼影, Ashen Image): Hissori's Zanku was a tanto with a brown leather hilt and an oval guard. The blade was always kept sheathed. Whenever Hissori touched the tip of the blade, it immediately became enveloped in a black burning aura.

Museiboisu (むせいボイス, literally meaning Silent Voices) was the name of Hissori Hogosha's Zanpakutō. In its sealed state, the Zanpakuto took on the appearance of a pair of unique folding blades, a design never seen before in Soul Society, mainly due to the standardized use of a katana by the Shinigami. Both of the folding blades were practically identical to each other, with only one key variation to differentiate the blades from each other. Museiboisu did not possess a sheathe nor a guard, as it was designed to be folded and easily carried on the belt. Hissori referred to his Zanpakuto as the Jougou (こうごう, literally meaning Empress), which implied that his Spirit was female. Museiboisu was typically described by Hissori as a "demanding" and strangely "opinionated" individual who continually berated her wielder with advice, objections, and thoughts.

Shikai: The release command of Museiboisu was Speak Out (とろ, Toro).

Bankai: Not Yet Revealed

Bankai Special Ability: Not Yet Revealed 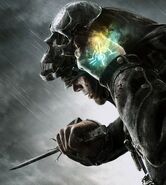 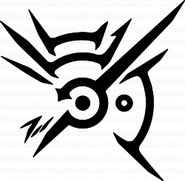 Retrieved from "https://bleachfanfiction.fandom.com/wiki/Hissori_Hogosha?oldid=438680"
Community content is available under CC-BY-SA unless otherwise noted.